A pair of interviews; one a cut & paste job & the other a scan:

A few screengrabs of David Collings in Ken Russell's drama about the composer Frederick Delius; 'Song of Summer'.

David Collings turns up 8 mins in to this youtube clip.  A lost Olympic athelete!

Level 7 screengrabs over at my journal Warning major spoilers for anyone who hasn't youtubed it yet. 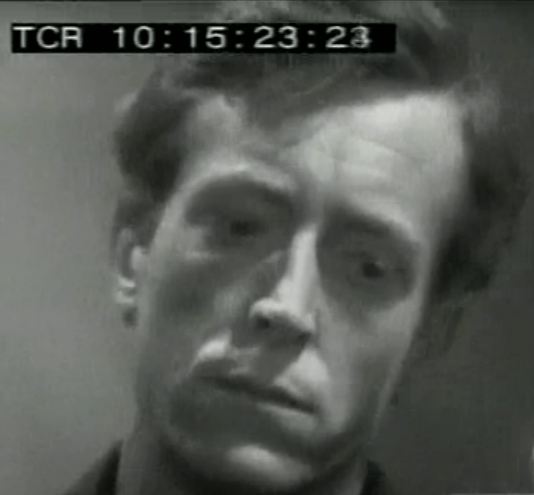 Plus 2 Professionals screenshots back at my journal.

To everyone still out and about around these parts. I'll be opening up some of the restrictions I've placed on moderating the group submissions. I feel bad about having placed them to begin with, but the spam was getting out of hand. But I hope to have some additional help moderating the group (I know who you are lol). I'm hoping to have more activity on here but as I lost my internet connection back in April (currently in a Starbucks) I'll try to stop in every Sunday to check up on how things are going.

Love you all, keep up the posts! Hope to see some new stuff soon (I'll be working on another piece of Collings related fanart myself!)

Hello! I discovered this com while searching for images of David Collings & then discovered half the pics are now cobwebs. To redress the balence I've made some 'Dark Towers' screenshots. :)

Just came across this page and thought you might like to know that at this very moment, I am sat with David, in his kitchen, listening to the music of Turandot. David says, "Thank you. I can assure you I'm no longer a red head! The page is lovely!" He is very flattered and hasn't seen some of the pictures on the page for a long time!

I found this tonight while being bored; probably people have seen it anyway - but it's a trailer for the 2007 Cheek by Jowl production of Cymbeline (which had some guy relevant to this comm in it as Cymbeline), so I thought I'd share it here. The trailer's only a minute and has far more Tom Hiddleston (as Posthumus) but-but-but there are a few seconds of Mr Collings, including some dancing right at the end if my eyes don't deceive me.

It looks very interesting. It was done at the Barbican, so it was probably not being v conventional Shakespeare! (And I'm annoyed. I'm pretty sure I would have been actually in London at some point during those dates. Grr. Still. I would never have persuaded my sisters to go see that anyway.)

I found this today, and it amused me so... Quite a bit of my flist (me included) have been listening/relistening to the BBC Radio Lord of the Rings, and one of my flisters linked me to this article (the link for the PDF is down the bottom of the page) - Brian Sibley in SFX. It has some cast photos, though, and I extracted this one:

I'm not sure whether I'm more amused at Stephen Thorne's DIY sound-effects (that's what the tape wrapped around him is - it's to make him rustle) or David Collings's highly un-Elvish jumper. Either way, I thought I'd post it here in case the pic might be of interest if people hadn't seen it before.

I took part in this year's

naarmamo, mostly making icons, and for one of the days I did different David Collings roles. So, a handful of icons for the challenge, plus the alternates/extras. 13 in total: